Hello, everyone
I have a question for the developers:
It has happened to me several times that I had to fly the helicopter at the border of the yellow torque area when it was almost fully loaded.
According to the Bell 206 manual (and according to the statement from my flight instructor), you can operate the B206 in the yellow area for a maximum of 5 minutes.
sometimes the warning light transition temp or transition pressure comes on in the yellow area after just a few seconds.
Now, however, the overtorque message has popped up several times without a prior warning light. (for a long time I flew close to the border to the yellow area / maybe a little bit in the yello area?)

would be great if you could improve this! Thanks very much!

I tried again yesterday to reproduce the problem.
I loaded the helicopter about 90% and performed a constant climb with a torque of 95% for a full 6 minutes.
however, nothing happened here: neither a warning light nor the overtorque message…

is it possible that the overtorque message was provoked by turbulence? (Wind gusts which brought me over a torque of 100% for a short time)

I have another question @RotorRick
on my last training flight there were four of us in the helicopter. Altogether around 320 kg and we had 50 gal of fuel on board. We were at about 2100 ft and had about 12°C

As you can see in the photo, we were always just in the yellow area while hoovering (about 85-90% torque) 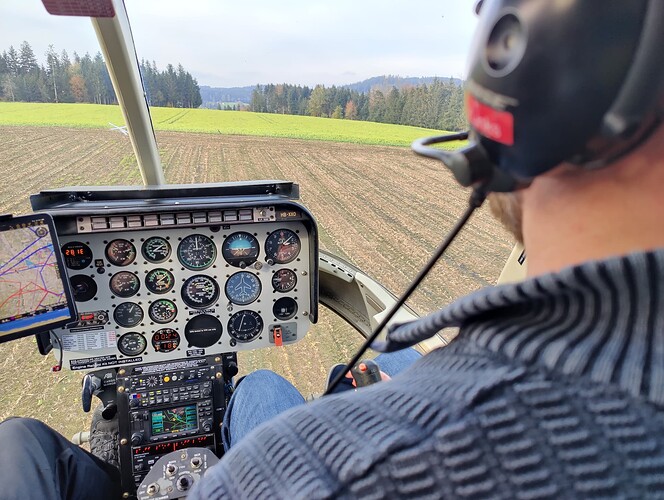 Torque level being a bit low at hover are a known issue. Likely fixed in an upcoming release. Can you check your numbers though? 320kg is very little for 4 people and 50 gals.

And what is the empty weight of the aircraft? Is it a B3? What version engine C20/B/J/R ?