Just flew the new version 2.06. I’m impressed. Lifting off into a hover is much improved, even in expert mode. I can actually fly it in expert mode now. Well done.

Can’t wait to try it out!

Thoroughly agree. This is a huge improvement on the take off and landing dynamics and to me feels much more like the real thing. Kudos to team for the consistent and frequent improvements. Hugely appreciated.

Great work from @RotorRick here on this improvements.
Now it feels better than the CowanSim one in every aspect

Hope they fix the registration numbers soon and also fix the missing ATC type. I’m a little tired to change the aircraft.cfg file every update

Just did a quick 5 minute faff about with the new update, it immediately feels so much better lifting off the ground and setting down with any amount of forward speed.

Hopefully get a longer flight in this weekend, but really really nice work.

Small gripe. The dust effect in previous version was just about spot on. In v206 the cloud of dust is way too dense. So much so that I had to turn it off. A dust slider would be good. Other than that…Excellent, so much so that I’ve just spent 4 hours with it.

Ron,
Umm dust effect hasnt changed at all in this version! Maybe you changed a setting in MSFS?

Mmm, Could be. I’ve actually turned down some setting in the search for a few more frames. I’ll have a go in the B-47 and see if it’s the same.
I’ll be back.

I don’t need the fps now because I turned off a bunch of stuff already. I’ve turned off the particles because it’s overdone.
I just compared the dust in the B-47 and it is less intense. Maybe because of smaller rotors/less power?
The changes I made in MSFS would have no effect.
If I’m the only one that finds the dust too much, so be it. I’ll live with it.
Still a great aircraft. I’ll make a point of only using hard surfaces.

Here’s another B206 thought.
Is it plausible that the flight dynamics cater for the rotor downwash to come off a sloping surface and affect the helicopter?
The reason I ask is that on two occasions I approached a helipad on the side of a hill (the highest one on the Quatam river addon) from the side and twice I was pitched sideways! I gave up trying but it did make me wonder.

Now that I’ve done a few more flights in this and the Cowan 206, I still think that ground contact is this addon’s weakpoint.

Don’t get me wrong, 2.06 is a big improvement over launch but now things get problematic if you’re taking off or landing on any surface that isn’t completely level.

I spawned in at Z19O Wujah Al-Hajar, an airport with a mild grade in the parking area. As soon as I hit about 40% torque I just start sliding down the hill like it’s a ski slope and someone waxed my skids. It cannot be arrested with any safe amount of cyclic.

This is the one place where Cowan’s 206 feels better still. Here it is as the same airport. You can see it slide back a litte bit but it was easy to arrest and then it lifted up and set back down rather nicely from there.

Is this still something you guys are working on / adjusting?

What version are you using… We’ve released several betas since 2.06 (we’re at 2.12) at the moment. It’s all been addressed. Also, there is a bug in the Asobo code that deals with sloping terrain. Land a stock Asobo airplane in the same place and watch it’s behavior. Engine on or off.
We reported via the dev email and haven’t received a response. Hopefully that will get fixed as it’s not aircraft specific at all.
If not, we have a new segment of code that will work as a workaround until they do.

I’m on 2.06 and did not know there were public beta builds I could download.

I just run the HeliManager app and update when it tells me there is a new version.

Forgive my ignorance but where can I find these beta builds?

Same here. Would be great if we could test the beta versions

HeliManager will only notify of released versions not betas. If you join are Discord server we, post them there regularly for testing before general release.

This is going to sound like another dumb series of questions but is it linked somewhere publicly? Could you put a link to it here?

I didn’t know you had a discord server, and I’ve checked your websites multiple times. 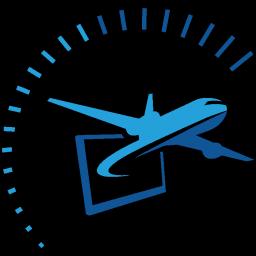 Check out the FlyInside Helicopters community on Discord - hang out with 213 other members and enjoy free voice and text chat.

It is a VERY active server, we run group flights on Saturdays and Sundays including the ever popular Helicopter Flight Clinics on Sundays. Usually the quickest way to get an answer. There is almost always someone around.